Google search engine is not up to par, irrelevant advertisements and spam emails disappoint users. Here’s everything you need to know / Digital Information World 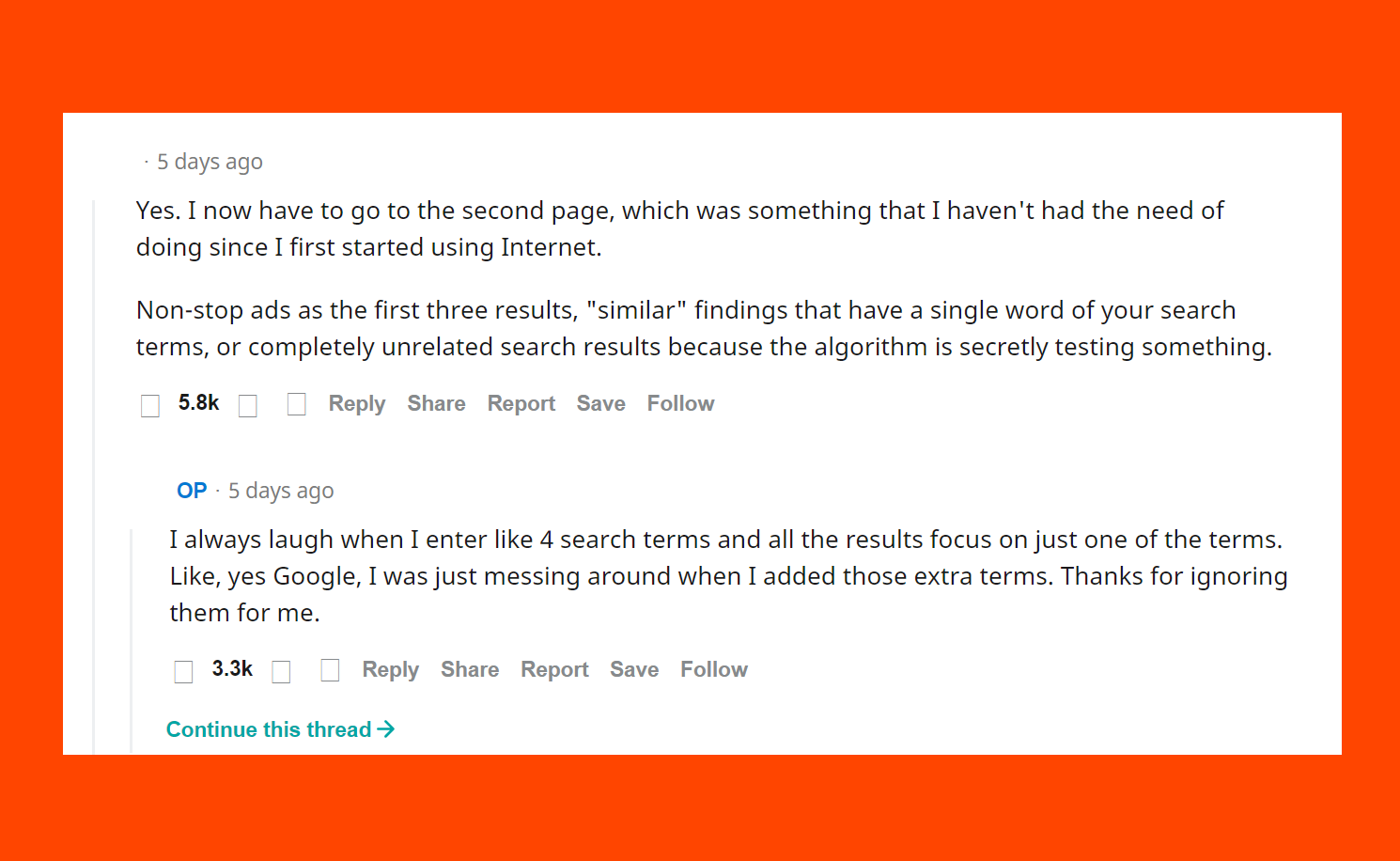 A Reddit user posted a question that sparked a discussion about Google and its search algorithm being worse in recent years compared to the past. Twitter users also participated in this discussion on their own platform and the majority seemed to agree that Google’s algorithm has deteriorated over the years. Many users agreed with this opinion that the Google search engine shows more irrelevant data rather than the appropriate information that the user was not looking for. However, many of them agreed that Google beats search engines DuckDuckGo and Bing. But that doesn’t mean Google is good, it just means the others are worse.

Google doesn’t actually deliver the content people are looking for more accurately than it should.

The question arises, is Google search giving us the information we really want? Well, according to the masses, Google’s main problem as a search engine mainly revolves around poor user experience. When users search for answers to questions and information on a certain topic, the top ranked sites on Google seem to show ads and poor product reviews. It is really annoying when a person is not looking to buy the product but wants to know more about it. You’ll even find that sometimes the product information just isn’t there, and instead the sites that appear on the results will direct you to Google ads and sponsored reviews with discount offers.

Along with this, users also do not receive relevant information at first. It’s really annoying and the types of websites that do it get placed at the top of search results, further compounding the problem of poor user experience with Google’s search algorithm. Google makes money by displaying advertisements based on user interests. This means that when searching for a trending app or a tasty recipe or information about a disease, the user first sees the advertisements and then the relevant content. This is such a simple example of a bad user experience provided by Google’s algorithm.

It’s annoying when you search for information about a product on Google and instead of getting interesting information about it, you get Amazon and eBay links asking you to buy it. It happens too often to the point that users even wonder what the shopping tab is for when you can just get links straight from the main search.

Another thing is that Google does not verify information related to medical issues, nutrition, hair care, skin care and other issues, websites are inclined to genuine platforms and reviews scientists. Almost all over the world, users have an endless array of compromised, inauthentic and spammy content on the internet.

Reddit and Twitter users debate the real cause of all those irrelevant and non-educational search results that show up as top results on Google when other better sources and more informative sites are available. Some users blame Google’s algorithm and some blame content publishers who don’t put effort and consider user time when publishing their content on Google.

Ultimately, users wonder if Google’s algorithm is to blame for poorly optimized content or if the content itself is poorly written and contains irrelevant information. 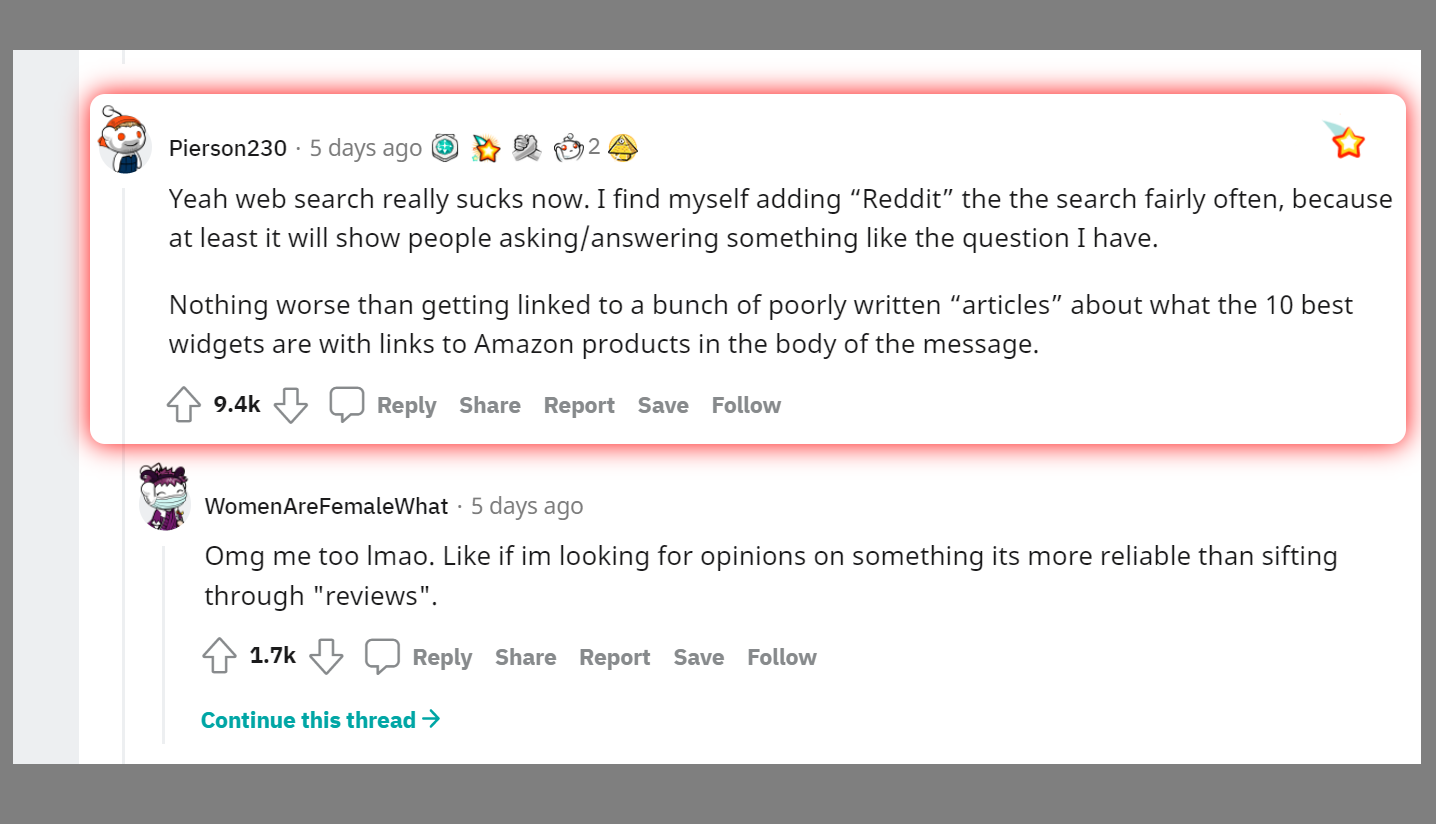 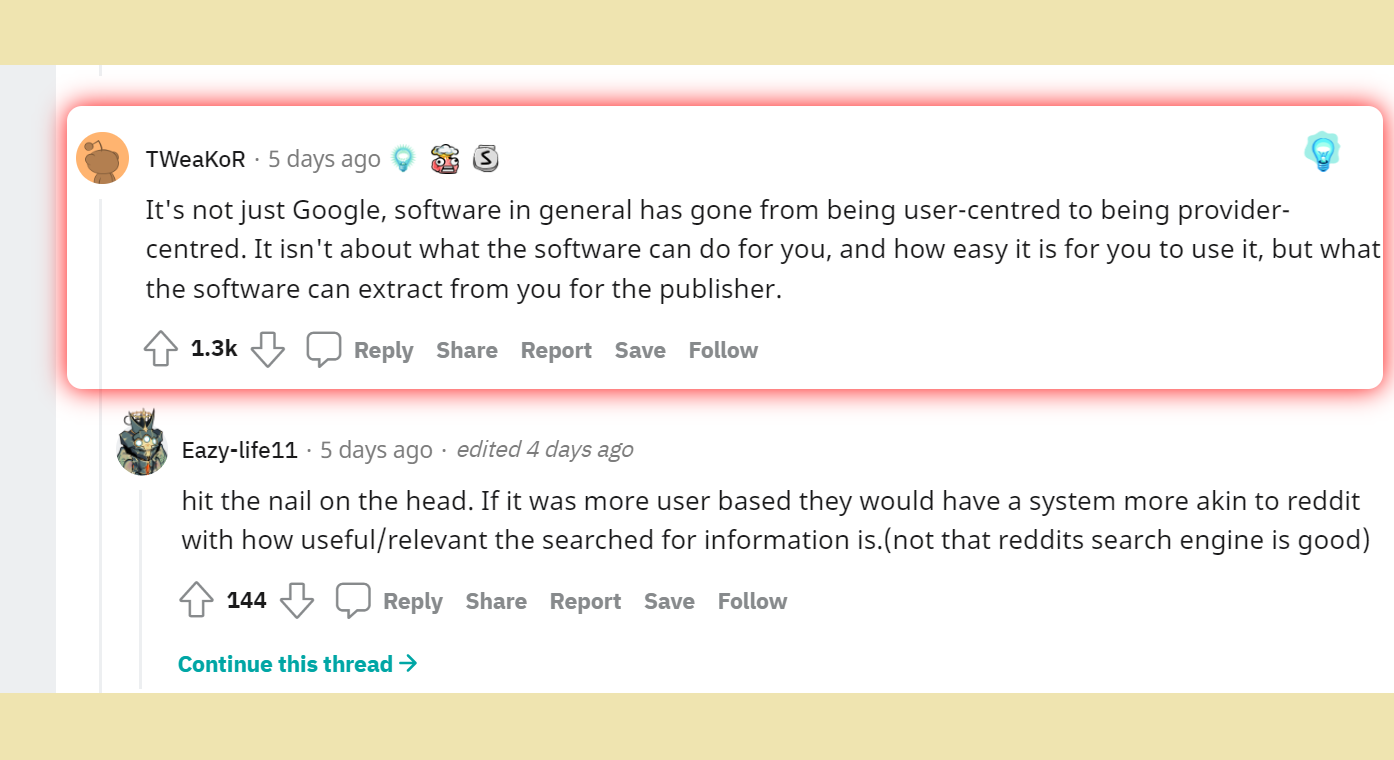 Read Next: Google Play Store Abandoned 1 Million Apps, But There’s Nothing to Worry About